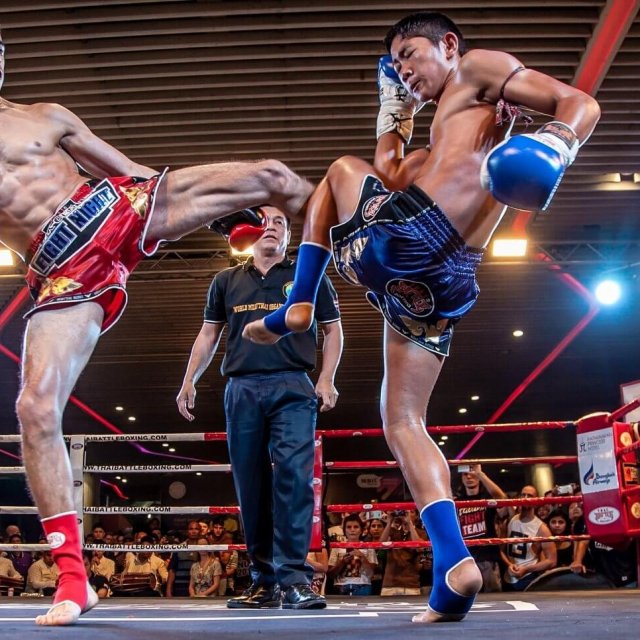 World Muaythai Organization holds FREE live fights in the city centre of Bangkok. For more than 7 consecutive years the WMO promoters have been successfully hosting MBK FIGHT NIGHT outside of MBK shopping Center in the middle of Bangkok. Attracting a large packed audience with the excitement of professional muay thai. MBK Fight Night is held on every last Wednesday of the month outside of MBK Centre in Bangkok, Thailand. Follow us on Facebook for more updates on MBK Fight Night or World Muay Thai Organization. Follow us on instagram at: wmomuaythai 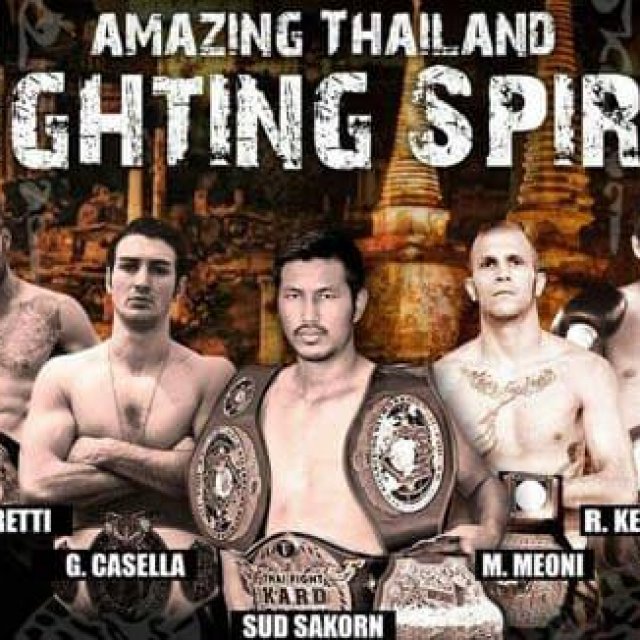 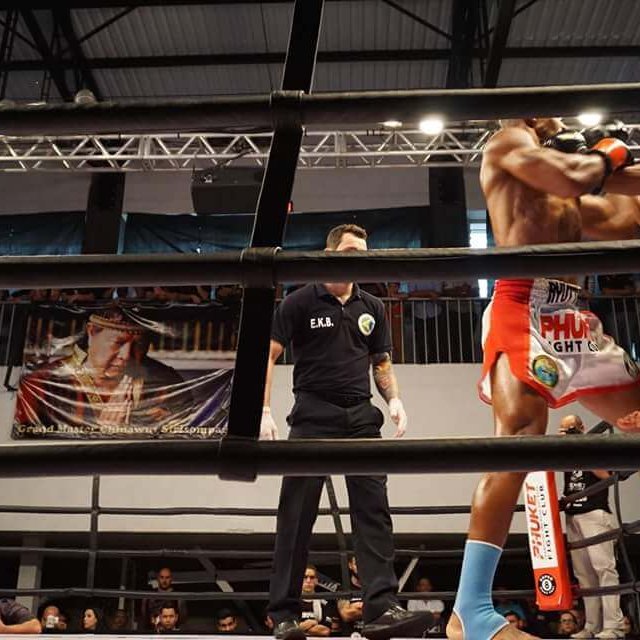 The Super 8 Muaythai Professional had its first edition on Brazilian soil on August 26 in the city of Campinas, state of São Paulo. 8 of the best national competitors in the -67 kg category were handpicked to make the show complete. With sound and lighting structure to envy the great international events of the sport and with live broadcast by the Combat / Sportv channel of Globosat transmit to 134 countrys , he awarded the great champion of the night, after 3 great fights with a beautiful belt brought from Thailand, 5 thousand reais , the hand-crafted Super 8 champion silver ring and 30-day practice session in Phuket. The Super 8 Muaythai Professional is a WMO (World Muaythai Organization) event, and is chaired by Arjarn Fabiano Kruschewsky, leader of MTB (Muaythai Boran Brazil). Arjarn Fabiano is Brazilian but resides in Portugal for many years, and although he does not live in muaythai, he lives in Muaythai. Already at the weigh-in the day before the weather was tense because only there would be known who would fight against whom. After a numerical draw, the fighters would choose their place in the key, avoiding any possible confrontation, or seeking the same, […] 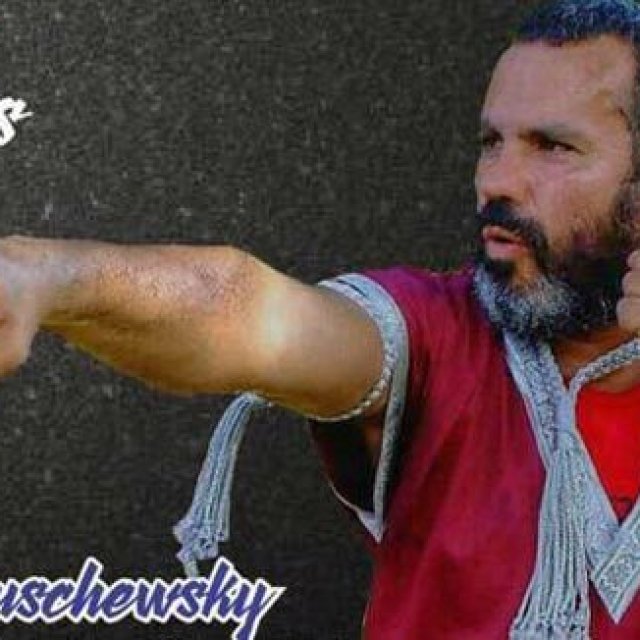 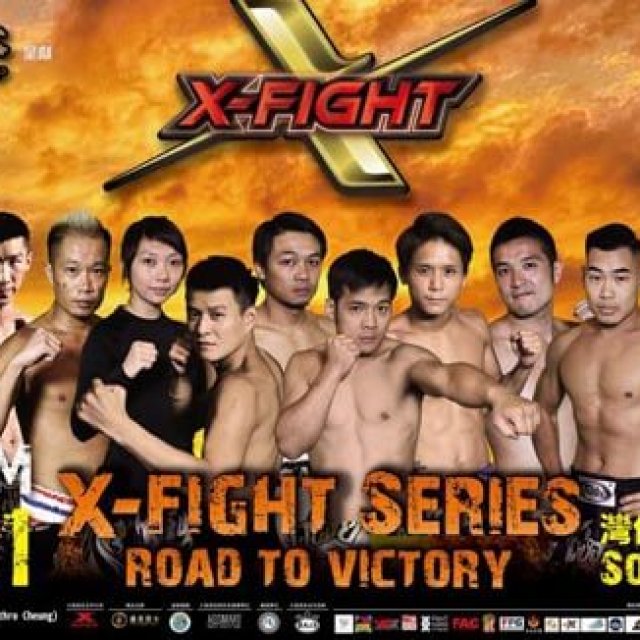 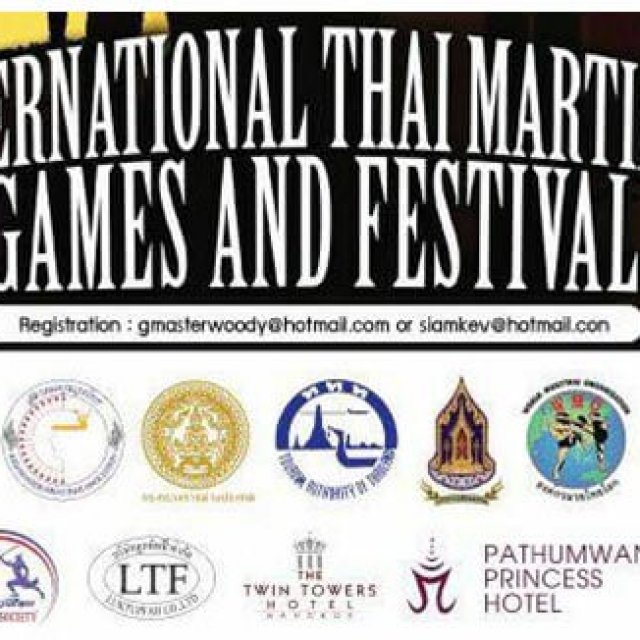 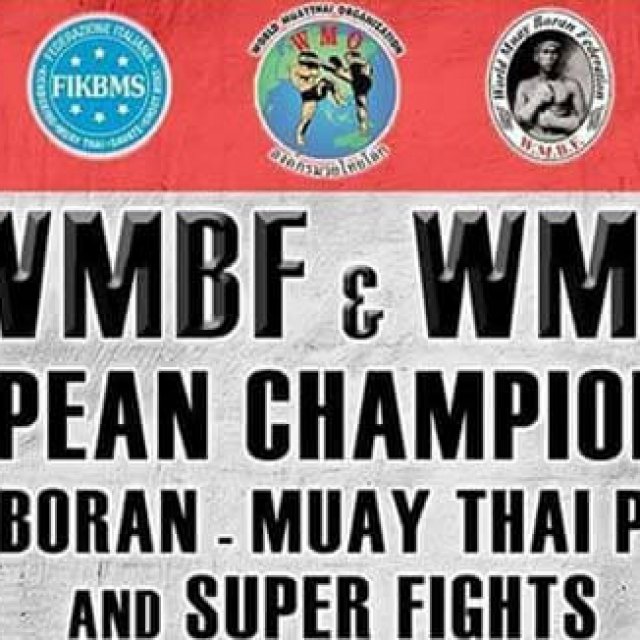 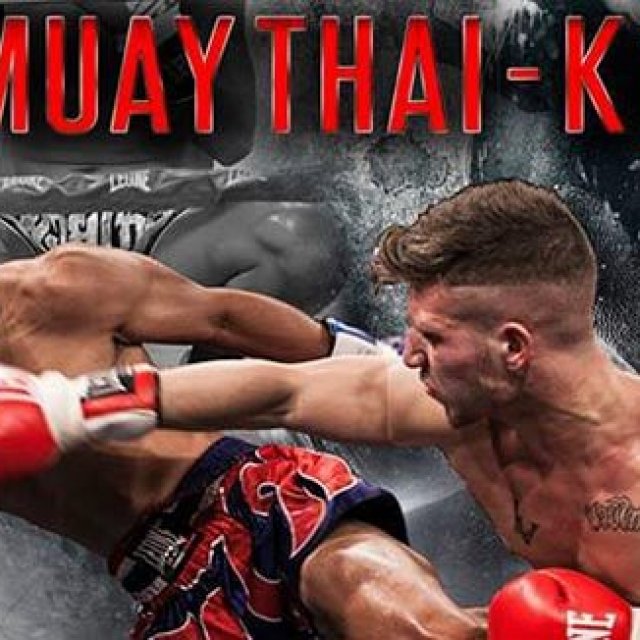 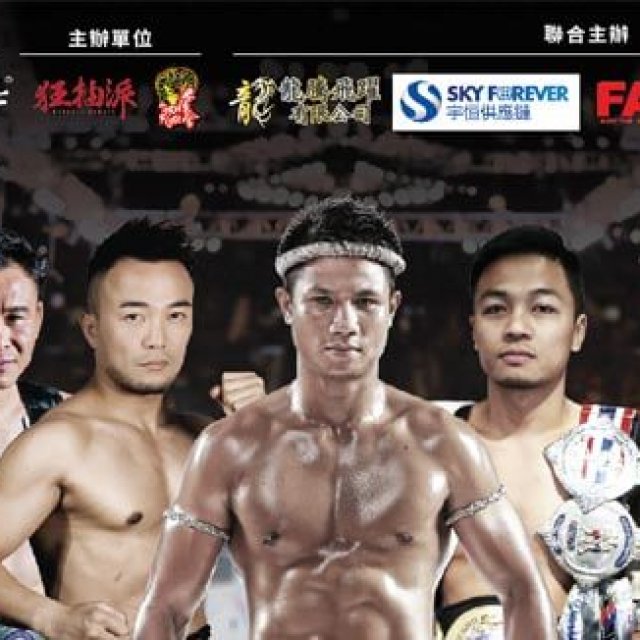 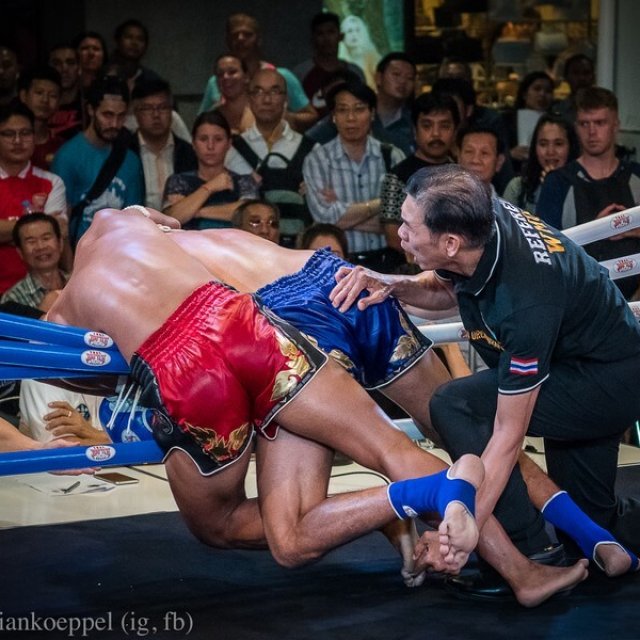 MBK Fight Night collaborates with the WMO for the first MBK Fight Night back after a two year break. Making MBK Fight Night returns. Six top class fights for the evening including Thai and International fighters. The fights are completely free to watch, right outside of MBK Centre. All fights can be viewed live on our youtube channel WMO FIGHT. 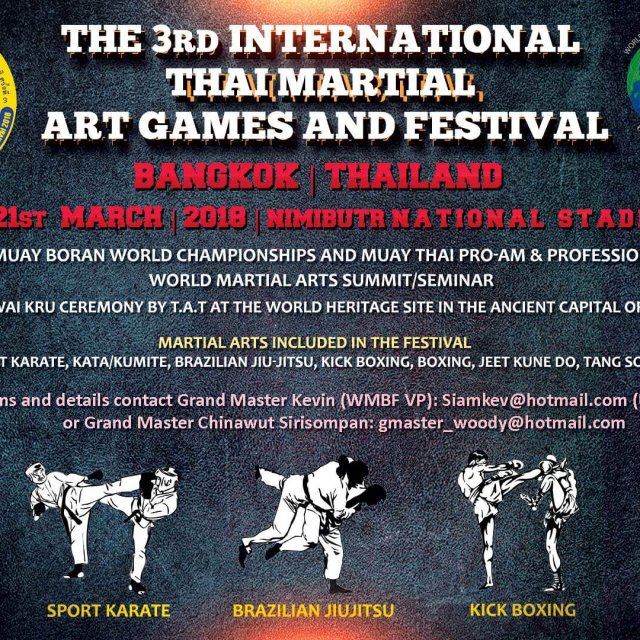 The  Kru Muaythai Association  (KMA) is the official association together with the UK Culture forum and Muay Boran Association; with support by the Ministry of Culture, Ministry of Foreign Affairs and the Tourism Authority of Thailand. In association with the World Muay Boran federation (WMBF) and the World Muaythai Organization (WMO). Successfully organizing the International & Thai Martial Arts Games and Festival since 2016 with the shared aim to promote the best athletes in the World within their competing martial art categories as well as to promote culture exchange and friendship through competition and sport. Also as part of the event, the spectacular World wai kru ceremony is held every March 17th, were by all competing athletes from the festival are able to travel free to Ayuthaya province and take part in the wai kru ceremony, led by famous fighters such as Buakaw Banchemek. The first INTERNATIONAL AND THAI MARTIAL ARTS GAMES & FESTIVAL was held between the 12th-22nd March 2016  at MBK Center in the middle of Bangkok, Thailand. With more than 43 countries and over 500 athletes taking part.       After great success following the first games, the KMA was forced to move to a larger […] 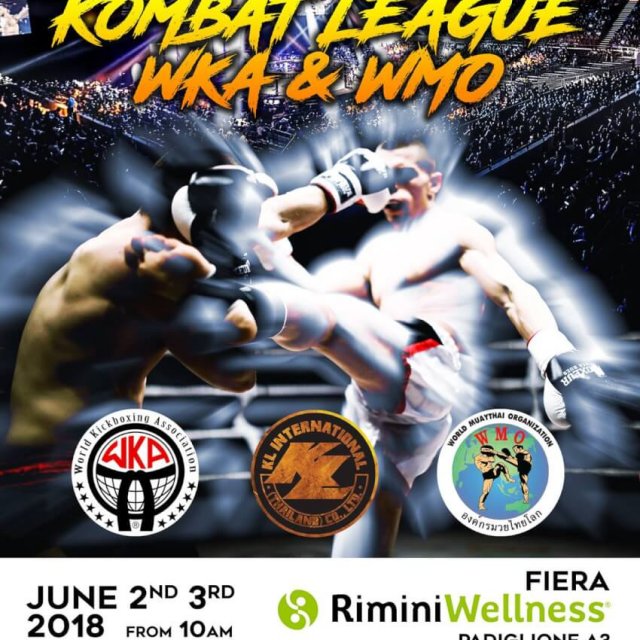 We are proud and honoured to invite you to the 6th edition of the “Kombat League – WMO and WKA European championship 2018” that will take place from june 2nd to june 3rd, in Rimini, Italy. The location is the prestigious Rimini Wellness Fair, the most biggest fitness fair in the world. Our goal is to organize the most prestigious event of martial arts and combat sports in Europe. After the big success of the five last editions of the event, we decided to repeat this year the experience, if it is possible even better than last one. Thank you to the foreign countries which participated in the event last year, we had a great success and therefore we would like to thank all of you for giving us such support and wish to invite you once more this year. The Competitions will be Open to any Association which has an agreement with any Federation or promotional Organization, with an unlimited number of competitors without any restriction. WKA WORLD (Kickboxing and MMA) WMO World Muay Thai Organization (Muay Thai) Kombat League (Light disciplines) June 2nd and 3rd 2018 in Rimini (Italy) at RiminiWellness. Great Kickboxing, Muay Thai and MMA competition plus […] 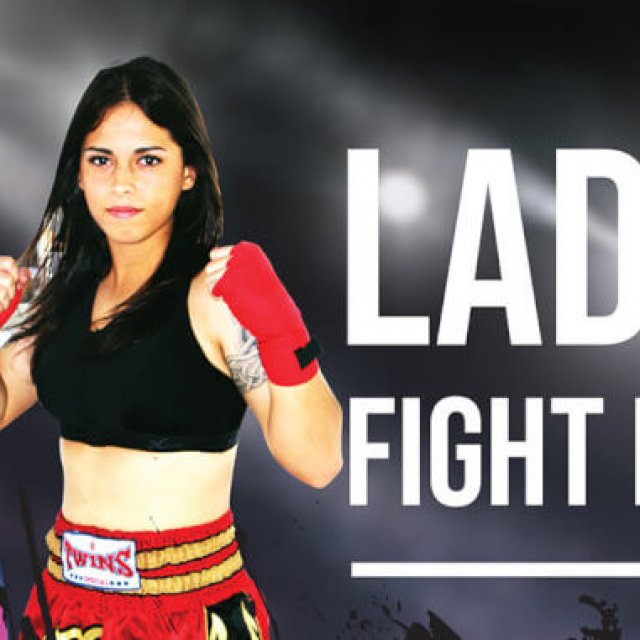 Wednesday 29th August 2018 the WMO is celebrating the Queen of Thailands Birthday month, as well as Womens National Equality Day (August 26) by hosting an all female fight card at MBK Fight Night. The event will be a mixture of Thai and International professional female fighters, headlining Juliana Rosa from Brazil and Natalie Sitjaopho from Hong Kong as the main event. MBK Fight Night is held on the ground floor, outside of MBK Center shopping mall in the city center of Bangkok, Thailand. The fights are free to watch and will start at 6pm sharp, seats are limited but standing is available. We recommend to arrive there early to get the best visible spot. Poster Credit: http://www.grariffik.com When: Wednesday 29th August 2018 What time: 6pm Location: Ground floor, MBK Center – Bangkok, Thailand   Follow us on Instagram at: wmomuaythai Follow us on Facebook at WMO World Muay Thai Organization and MBK FIGHT NIGHT 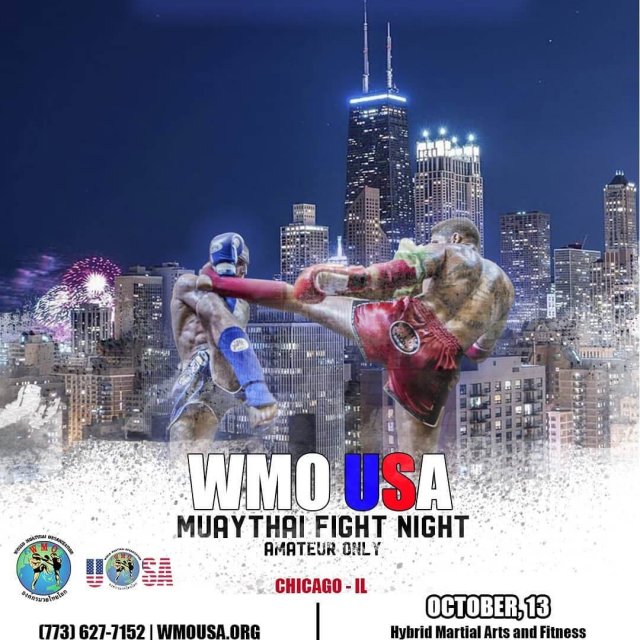 We are proud to announce the first WMO USA Fight Night!!  An amateur fight night event set for October 13th 2018. Chicago, USA. With the goal to contribute to the growth and development of Thailand’s sport and culture in the US. New fighters will have the chance to show their talents and abilities . If you want your fighters on the card send us their names ASAP wmousaofficial@gmail.com www.wmousa.org   Watch the fights live on youtube WMO USA 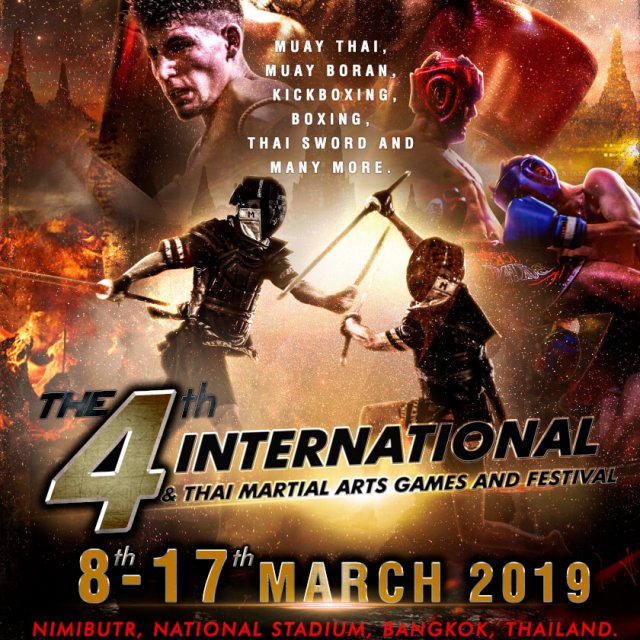 The World Muay Thai Organization is proudly hosting the pro-am and professional Muay Thai championships at the 4th International & Thai Martial Arts Games and Festival in Bangkok – March 2019. The spectacular event held by The Kru Muay Thai Association (KMA) is kicking off from the 8th March 2019. Supported by the Tourism Authority of Thailand (TAT) and the Ministry of Culture and Foreign Affairs. Our aim is to preserve Thailands National Heritage as well as promote peace and friendship through sport. The event will start off with competitions focusing on Thai martial arts; such as Thai Sword or “Dap Thai”, “Mae Mai Muay Thai” (Ancient muay thai choreographed technical styling) and “Keta Muay Thai” (Muay Thai aerobics). As part of the Festival, the KMA will hold seminars in Muay Thai Boran instructed by our most honored teachers. As well as, courses in judge and refereeing for muay thai and muay boran, where participants will take an instructional course followed by real practice during the second half of the event which starts on the 11th March after the official opening ceremony. The second half of the International & Thai Martial Arts Games will host International competitions in Muay Boran (Amateur), Kickboxing […] 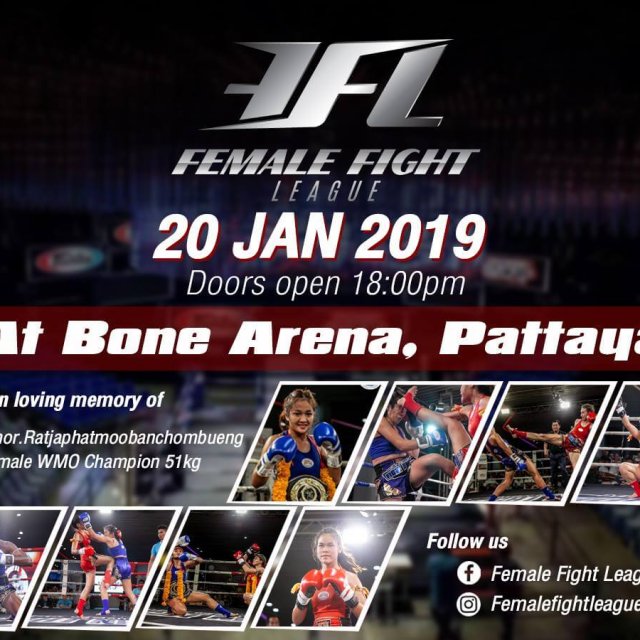 Female Fight League (FFL) is the first of its kind all female Muay Thai promotion, sanctioned by World Muay Thai Organization (WMO). The first event is to be held at Bone club in Pattaya on the 20th January 2019. The aim of Female Fight League is to focus on the promotion of muay thai via talented female athletes, by providing opportunities, experience and placing more value on to professional female fighters. Not only that, but FFL will be a fun and exciting event, introducing the art of Muay Thai to our valued audience. Female Fight League on the 20th January 2019 will be held in the remembrance of late WMO 51kg Champion, Miss. Hongkaw Mor. Ratjaphatmoobanchombueng as she was confirmed to fight on our first event. Therefore, we will hold just 5 fights instead of the usual 6 with a special tribute to Miss. Hongkaw. The WMO is a World renown professional Muaythai organization. With a credible history in promoting male and female fights. WMO has hosted two successful all female muaythai events within the past year, with reputable feedback, as well as holding 1-2 female fights on their monthly shows at MBK Fight Night in Bangkok. Jade Marrisa Sirisompan […] 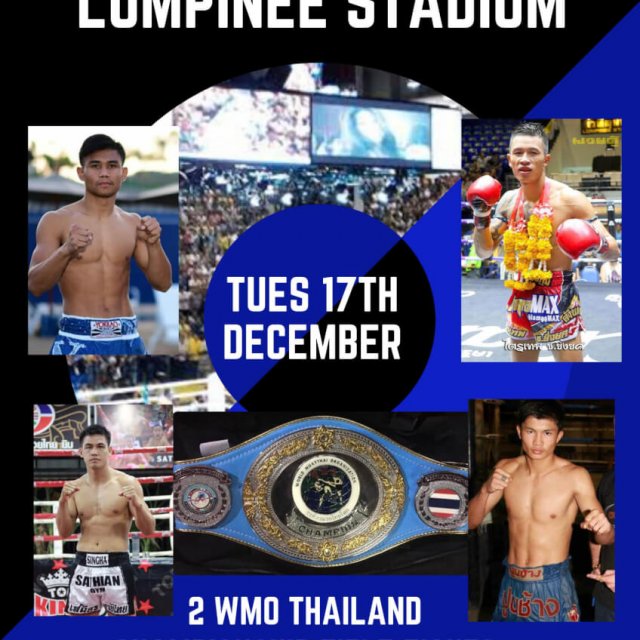