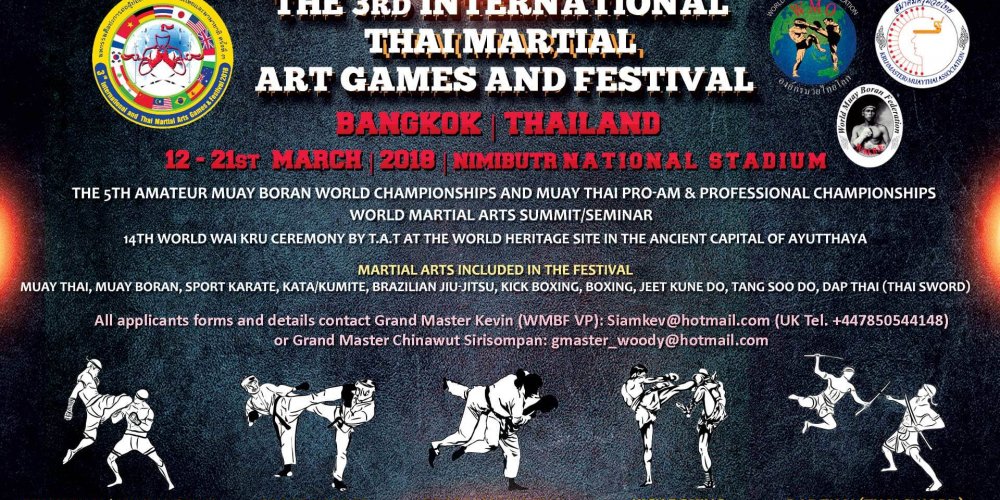 Successfully organizing the International & Thai Martial Arts Games and Festival since 2016 with the shared aim to promote the best athletes in the World within their competing martial art categories as well as to promote culture exchange and friendship through competition and sport.

Also as part of the event, the spectacular World wai kru ceremony is held every March 17th, were by all competing athletes from the festival are able to travel free to Ayuthaya province and take part in the wai kru ceremony, led by famous fighters such as Buakaw Banchemek.

The first INTERNATIONAL AND THAI MARTIAL ARTS GAMES & FESTIVAL was held between the 12th-22nd March 2016  at MBK Center in the middle of Bangkok, Thailand. With more than 43 countries and over 500 athletes taking part.

After great success following the first games, the KMA was forced to move to a larger arena to host the next festival. The 2nd INTERNATIONAL AND THAI MARTIAL ARTS GAMES AND FESTIVAL was then held at Nimibutr National Stadium, next to MBK centre in the middle of Bangkok 2017.

The festival also holds workshop classes and seminars for participants wanting to learn and develop their skills in Muay Boran, judge and refereeing, krabi krabong and much more.

Following the outstanding feedback and admission from participants from the games in 2017, the KMA had attracted the attention from other Martial arts requesting to take part in the festival.

Competitions included in the festival:

All competitions will be held at Nimibutr, National Stadium in Bangkok, Thailand.

Not only will this event host competitions, but many workshops and seminars in a variety of Thai and International martial arts.

Last, the 14th WORLD WAI KRU CEREMONY by The tourism authority of Thailand (T.A.T.) which will be held on the 17th March at the World Heritage site in the ancient city of Ayutthaya. 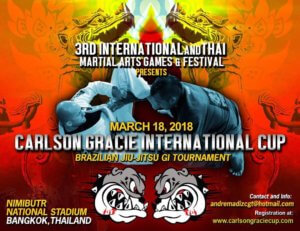 Would like to announce that Carlson Gracie Team will be part of the 3rd International and Thai Martial Arts Games & Festival on March 18, 2018. We’ll be co- hosting a Brazilian Jiu Jitsu tournament ( Carlson Gracie International Cup). It’s a great honor to be part of one of the biggest and most prestigious events in Thailand. For more information contact: andremadizcgt@hotmail.com 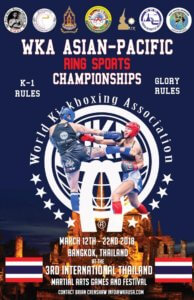 WKA Asian-Pacific Ring Sports Champs. Open to all countries. K1 and Glory Rules in Thailand for kids and adults. Get in contact today to take part in this great event. Come and meet senior members of the WKA, see how we can help you be part of the oldest and most respected association in the world. Mr. Brian Crenshaw and Mr. Dave Sawyer will be in attendance on behalf of our World president Paul Ingram. For entries email info@wkausa.com 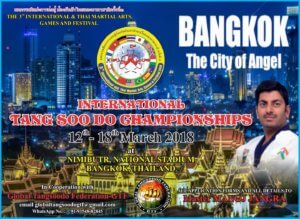 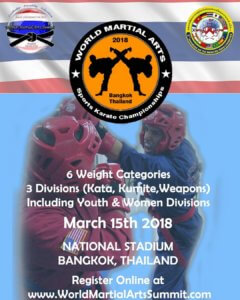 Please send a copy of all Information to Email: gmaster_woody@hotmail.com